Nedstack fuel cell technology B.V. has finalized the production of all stacks necessary to complete the 2MWe PEM Power Plant, which was sold one year ago to the Chinese customer Ynnovate. 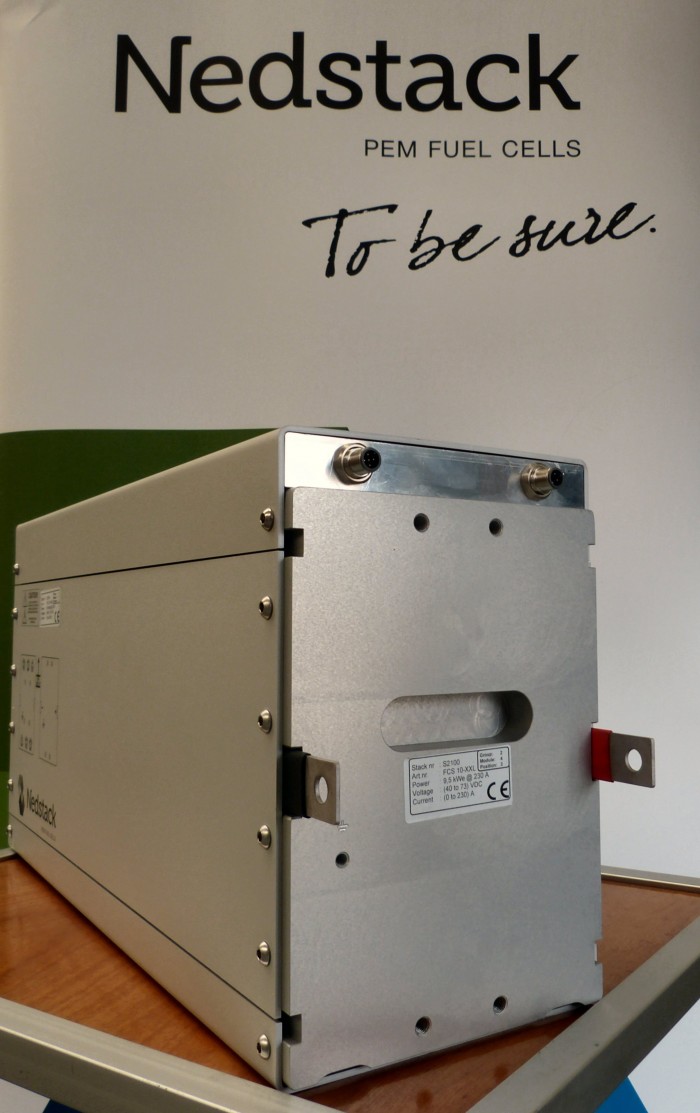 In the second half of 2015, a new long-lifetime MEA was qualified by Nedstack, which was developed specifically for this project in close cooperation with Johnson Matthey Fuel Cells. Subsequently, Nedstack’s stack production line quickly ramped up, reaching a production capacity of 100 kW/day in a single shift operation at the beginning of 2016. In order to reach this, the production capacity in several stages of the production process was substantially increased. In addition, a new testing & conditioning station, able to operate 24/7 was taken into operation.

Nedstack’s first power plant, installed at the Akzo Nobel site in Delfzijl, the Netherlands, has been in operation over 50,000 hrs. After being the first to supply an 1MW PEMFC unit (at Solvay, Belgium in 2011) Nedstack is once more pushing the boundaries in the market for stationary PEM fuel cell applications.

Nedstack is a Dutch independent fuel cell manufacturer, who produces Proton Exchange Membrane (PEM) fuel cells for stationary applications, such as telecom backup and PEM power plants, as well as for heavy duty transport. Founded in 1998 as a spin-off of Akzo Nobel, Nedstack has been able to deploy significant numbers of PEM fuel cell stacks in the world, gaining extensive experience on PEM fuel cell operation for different applications. Nedstack has shown very long lifetimes for their products in PEM power plants.

Figure: The Nedstack fuel cell stack as used in the 2 MW installations